‘Still can’t describe it’ -from prison to NY State Assembly

NEW YORK, Feb 10 (Reuters) – As far as Eddie Gibbs knows, he is the first person elected to the New York State Legislature who previously served time in prison, but shortly before his inauguration on Thursday he recalled wondering if he could ever shake the stigma of his manslaughter conviction more than 30 years ago.

Gibbs, 53, won handily as the Democratic candidate in the Jan. 18 special election in the state Assembly’s 68th District to represent East Harlem, the New York City neighborhood where he was raised by a single mother in public housing.

Gibbs said his past shapes his legislative priorities, including improving the lot of his district’s disproportionately high number of public-housing tenants and making it easier for people released from prison to reenter society.

As a teenager in Upper Manhattan in the 1980s, selling illegal crack cocaine seemed like the most obvious way to leap out of poverty, something he now calls a “terrible mistake.”

“You didn’t think about repercussions back then, you just made money and you were happy,” he said in an interview at the community center in the James Weldon Johnson Houses, the city-run apartment towers where his mother still lives. “But I was also a target for a lot of people.”

When Gibbs was 17, he said a man attacked him in an elevator there in an attempted robbery in which he was stabbed in the leg. The man forced him to open the safe in his family’s apartment, which contained little besides the gun with which Gibbs shot and killed the man.

Gibbs expresses remorse, but also emphasizes that he killed in self-defense and turned himself in to the local police station. He spent about a year and a half in the city’s notoriously violent Rikers Island jail complex before pleading guilty to manslaughter following what he said was bad legal advice by a public defender. He was moved between several prisons outside the city over about three years before being released on parole. 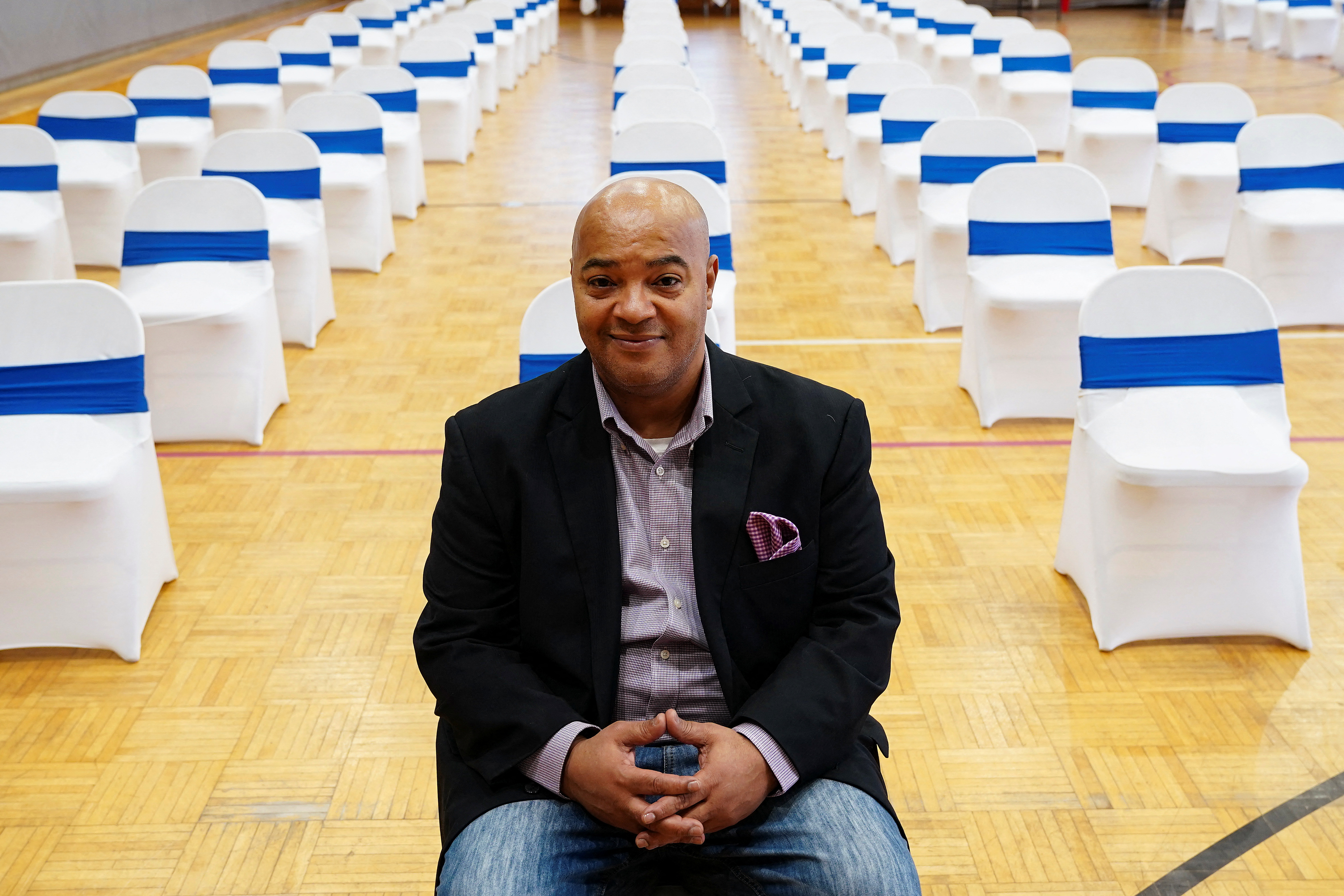 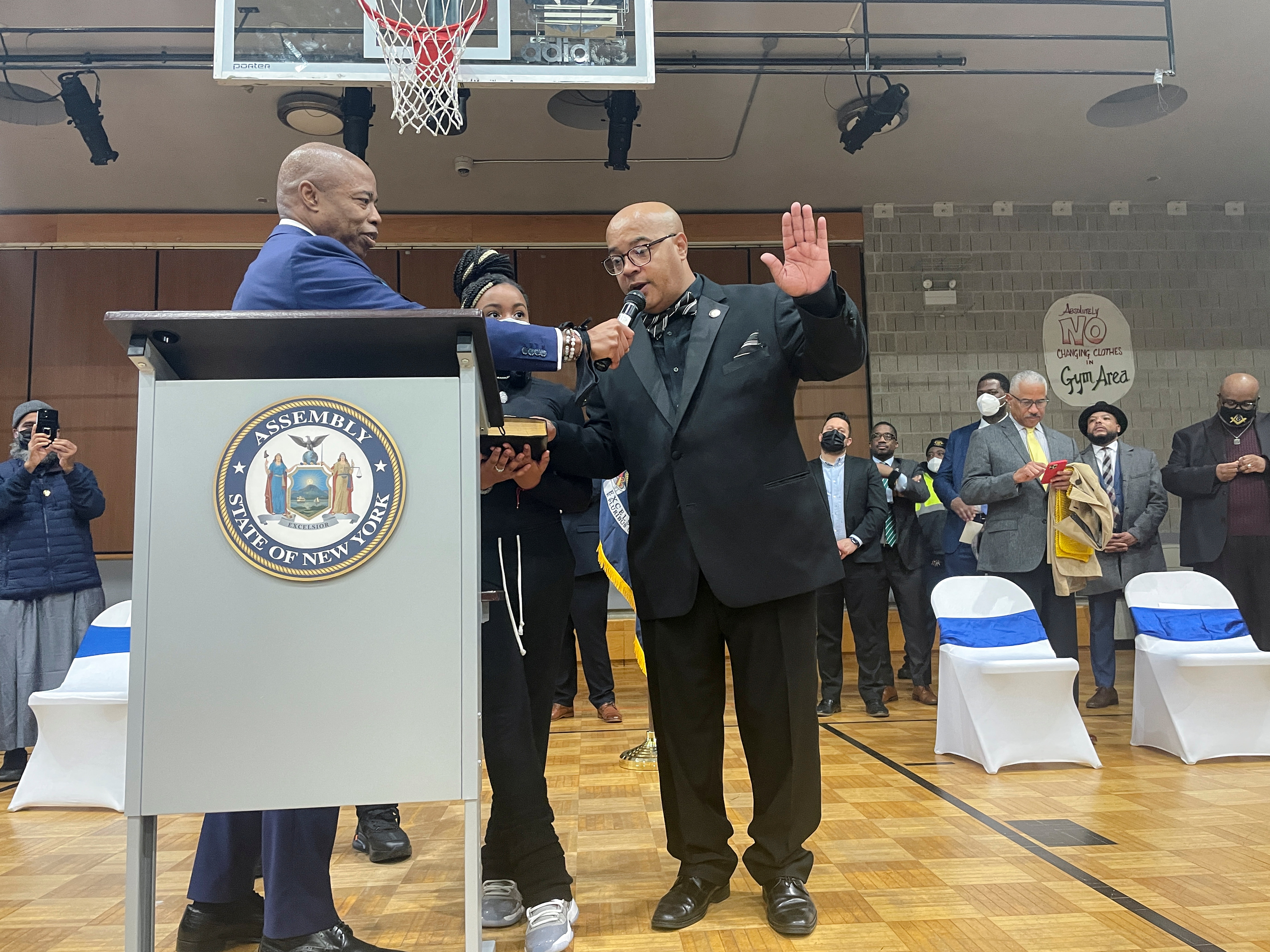 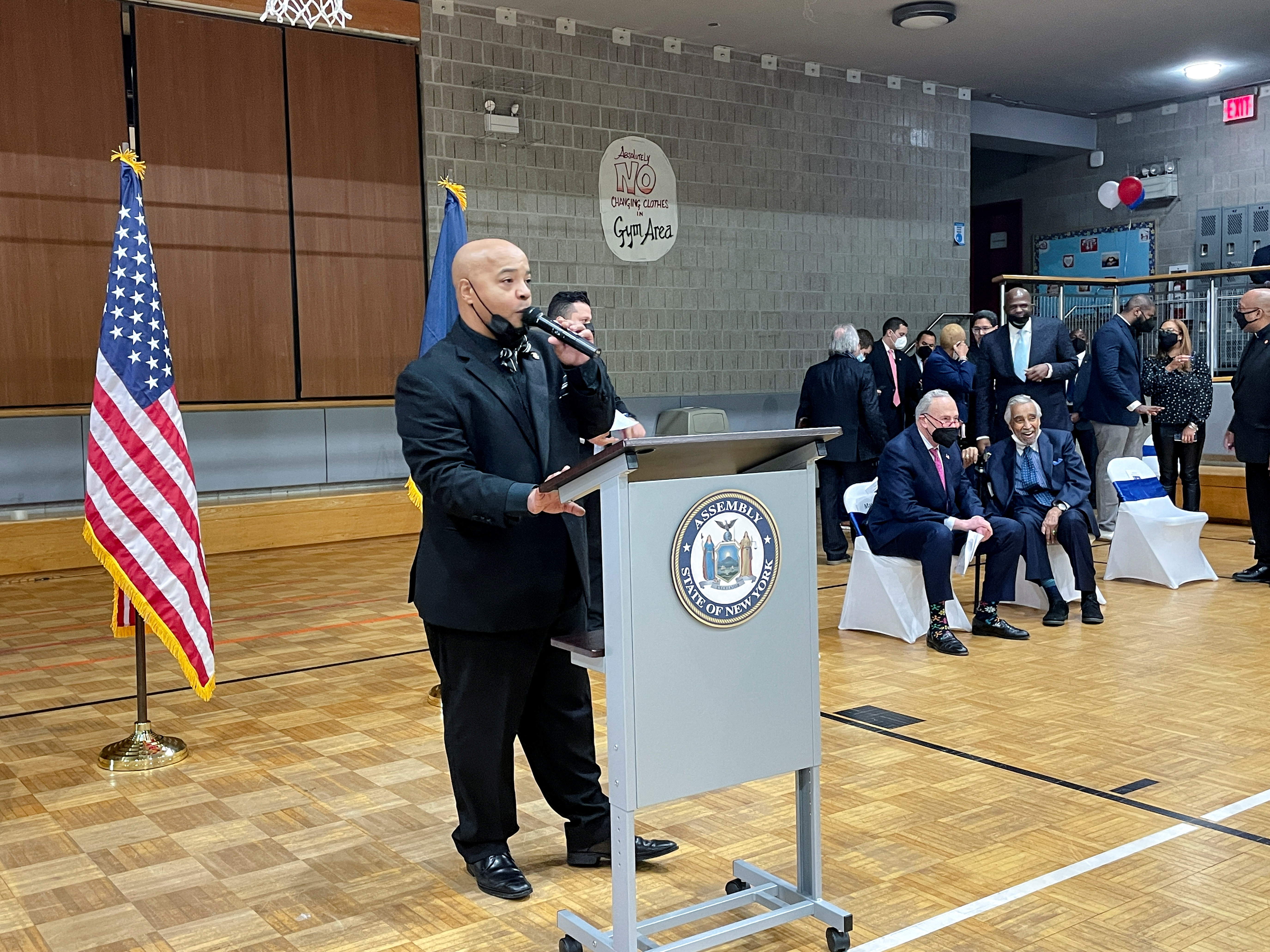 Senator Chuck Schumer, the majority leader of the U.S. Senate, was among the prominent New York politicians to speak at Thursday’s inauguration.

“But did Eddie get angry?” Schumer said at. “No. He has such a good heart, he said: ‘I am going to do better for everyone else.'”

The New York Legislature does not have records to confirm that Gibbs is the first elected representative there to have been previously incarcerated, a spokeswoman said, but his new Democratic colleagues welcomed him.

“We are proud of the diversity that exists in our conference,” Speaker Carl Heastie said in a statement, “and we are certain that his unique perspective combined with his longtime commitment to his community will be an asset to the People’s House.”

Soon after his release, Gibbs took comedy classes and performed stand-up under the name Good Buddy, hoping to offset the notion that people should be afraid of someone convicted of a violent felony. He ended up working as a driver for about a decade for the celebrity criminal defense attorney Murray Richman, who encouraged him to enter politics.

After an earlier unsuccessful challenge to the 68th District seat, Gibbs ended up instead becoming the Democratic Party’s district leader, a volunteer role.

Now one of his first priorities is passing legislation to remove some of the obstacles young people leaving prison can face securing state identification.

“When you come out of prison you have this rap that you’re a bad guy, and I wanted the community to see me in a different light,” he said.