In some states, your 6-year-old child can be arrested. Advocates want that changed 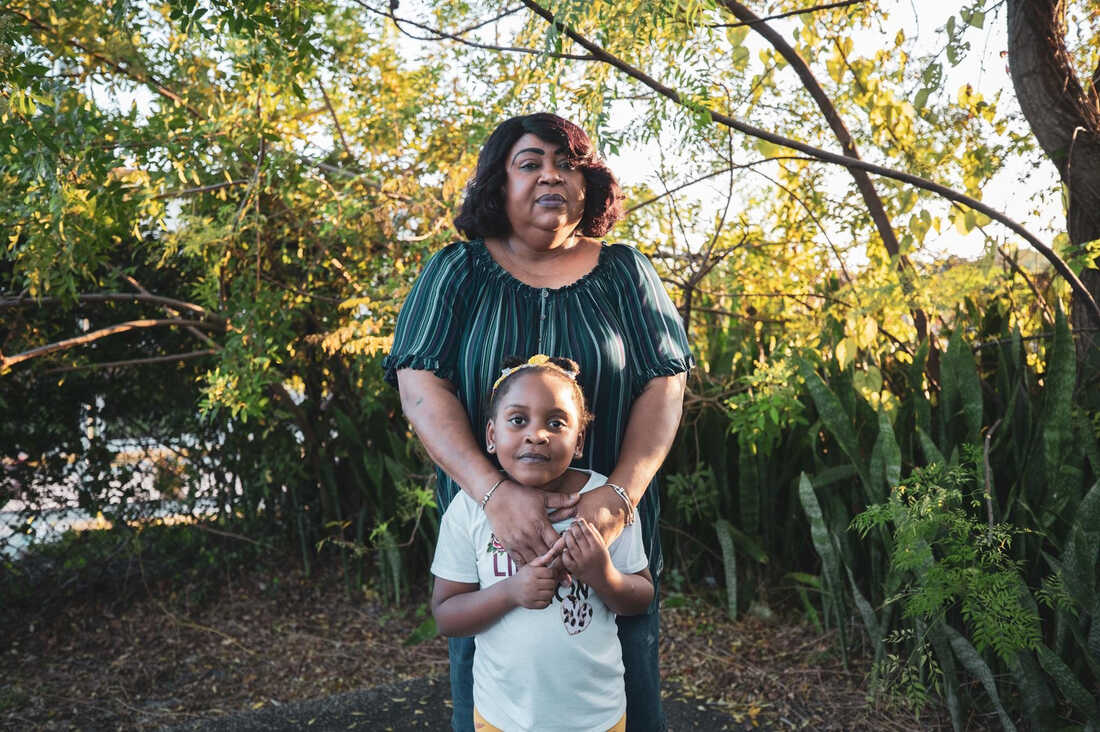 Kaia Rolle was 6 years old when police arrested her at a Florida school in 2019. The then first-grader was accused of kicking and punching staff members while throwing a tantrum.

A police officer used zip ties to handcuff her. The video of her crying and pleading with a school resource officer not to handcuff her sparked widespread outrage at the time. It also led to changes in state law.

But Kaia is still feeling the effects of that day more than two years later, her grandmother, Meralyn Kirkland, tells NPR. Kaia’s in therapy for PTSD, she says. “She also still suffers from separation anxiety.”

Kaia’s ordeal prompted Florida to set a minimum age for a juvenile’s arrest. It was part of a wider police reform bill and says no one under 7 years of age can be arrested, charged or adjudicated unless they’ve committed a forcible felony. Those felonies are defined by the state.

But there’s growing debate in several states about whether the minimum age should be higher, that children behaving badly shouldn’t be viewed as criminal.

“A 6-year-old throwing a tantrum is a 6-year-old,” Kirkland said during an interview with WMFE in Orlando a week after the incident. “Whether someone accidentally gets hit or not, it’s a tantrum. There should not be any law on the book that allows a child to be arrested for being a child.”

Mo Canady is a former police officer and the executive director of the National Association of School Resource Officers, or NASRO. He says although police officers who work in schools can make arrests, it doesn’t mean they should.

“It should be the rarest of circumstances that should occur,” Canady says. “Almost never.”

“So, when I see the image of a 5 or 6-year-old child handcuffed and law enforcement is involved, whether an SRO or not, it does make me cringe,” Canady says.

Orlando authorities dropped the battery charge Kaia faced. The school said it never intended for her to be arrested. The police officer was fired.

State by state, there is little agreement on what is an appropriate minimum age for juvenile prosecutions

The push to change the minimum age is part of a wider effort to reform juvenile justice by not charging very young people with a crime unless it’s a serious offense. Many states don’t have any age limits at all when it comes prosecuting juveniles. Others that do are now determining what the minimum age should be for a child to be involved in the juvenile courts.

Supporters of the Florida change—setting the minimum to 7 years old—say that was only a first step; they suggested, early on, the limit be 12 years old. Alyson Clements with the National Juvenile Justice Network says because juvenile justice is handled state by state, the country has a patchwork approach to children who come into contact with the law.

Until last year, North Carolina had the lowest prosecution age for juveniles in the country among the states that legislated it. The Legislature voted to raise the age to from 6 to 10 years old, in most instances.

Democratic State Rep. Marcia Morey was a juvenile court judge for nearly two decades. She says 6 to 9-year-olds needed to be out of the system.

“These kids are too young to have any concept of what’s going on in a courtroom. Plus, the fact to label them delinquent has a profound effect on their psyche — on who they are,” Morey says.

The former judge was the first to propose increasing the age to 10. The amendment she offered failed but the idea was included in a subsequent measure offered by a Republican state senator.

“I think it was an important bill,” she says. “We passed it. We didn’t do a good enough job because we can still put 8 and 9-year-olds into the delinquency system for more serious felonies.”

Orlando Police Department/Orlando Sentinel via A

“You’re 12 years old in the 8th grade getting walked down the hall in handcuffs. It’s kind of dehumanizing”

This year, Colorado is one of five states considering raising its minimum age, increasing it to 13 years old from 10.

Phillip Roybal says he supports the measure. He’s a youth justice advocate at the Denver nonprofit, Colorado Circles for Change. In his 30s now, Roybal spent years in the juvenile justice system.

He says he was first arrested at school when he was 12. He and some other kids stole baseball cards they thought would be lucrative to sell.

“School resource officers weren’t a thing,” Roybal says. “It was just the local police department. They got called and pulled me out of class and arrested me right then and there–which in itself was kind of like a walk of shame a little bit. You’re 12 years old in the 8th grade getting walked down the hall in handcuffs. It’s kind of dehumanizing.”

Roybal says that type of trauma can create a whirlwind of long-term negatives for a child. He and others argue it may also lead some children to more criminal activity.

He credits the unwavering support of his family, despite his stumbles, with helping him to turn his life around. He knows he was lucky. “I had a very good support system. A lot of our youth don’t have that,” Roybal says.

State analysts say about 500 kids between the ages of 10 and 12 enter Colorado’s criminal justice system every year.

Prosecutor Michael Dougherty, the head of the Colorado District Attorneys Council, says while he supports reducing the number of children in juvenile court he and the other prosecutors don’t support the current bill to increase the age boundary. He says it offers no substitute for a support network that works well.

Dougherty says his office has a robust diversion program that provides medical treatment and counseling for young people and their families. He says that has kept hundreds of kids out of juvenile court. He also says 10, 11, and 12-year-olds no longer in the system would lose access to services ordered by the courts and so would victims.

“So for example, if a 12-year-old rapes a 10-year-old girl living next door,” Dougherty explains, “I really believe our society owes it to respond to her and her family and support her. And we also should have a system to help the 12-year-old who committed the sex assault in order to ensure that he’s provided the structure and support that he needs.”

Colorado State Rep. Serena Gonzales-Gutierrez, a Democrat, is a co-sponsor of the legislation to raise the minimum age limit. She says she values the work of Dougherty and others, but adds, “If they are providing such robust diversion-type programs, why can’t that be provided without the criminalization of children?”

Gonzales-Gutierrez says the bill, now in committee, includes changes that set up a task force to identify support, like counseling and other services children out of the system might need. The task force will also determine ways to fund those programs. It will have more than a year to do its work. The proposal changing the state minimum age for prosecuting juveniles is scheduled to become law in 2024.

Juvenile justice advocates say that’s what needed throughout the country when it comes to rehabilitating youth who get into trouble. Plus, a continued effort to push the minimum age for prosecuting juveniles even higher. They want to match the 14-year-old age limit commonly used internationally.