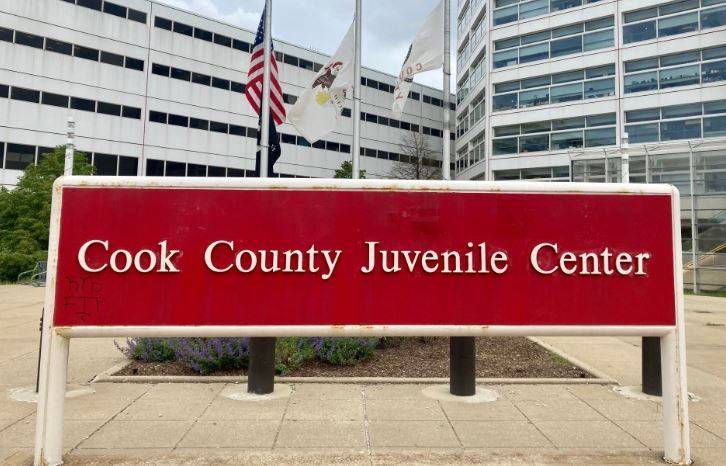 When Andrea Lubelfeld took over a new job with the Cook County Public Defender last August, she became the keeper of “the list” for the office.

Every morning, as the chief of the public defender’s juvenile division, Lubelfeld gets an email with a list of children’s names. Sometimes there’s only one or two names on the list, other days it can be in the double digits. But, Lubelfeld said, in her 10 months in office “it’s never been zero.”

The names are of children stuck in jail for no legal reason — locked up in the county’s juvenile detention center only because the state’s child welfare agency doesn’t have anywhere else to house them.

Getting that list every day makes Lubelfeld’s blood boil, outraged at the injustice the list represents, and heartbroken for the young people who populate it.

“The judge has not ordered them held. The judge has ordered them released,” Lubelfeld said. “So every day that they sit in the detention center not being released it’s just not right. These are children. They’ve been taken away from their families and suffered trauma. They’ve been placed with a new guardian, the state, and the state is not … picking them up from the detention center.”

According to data from the Cook County chief judge’s office, last year 84 young people in the care of the Illinois Department of Children and Family Services were left in the juvenile detention center after a judge had ordered their release. Each of them wrongfully imprisoned, sometimes for months.

One boy, originally detained on a robbery case, wrongfully spent his 17th birthday incarcerated. He is still being held more than eight months after a judge ordered him released.

“Every day they sit in the detention center…they are being harmed, and experiencing more trauma,” Lubelfeld said.

The Illinois Department of Children and Family Services, or DCFS, declined WBEZ’s request to interview Director Marc Smith. In a written response to questions, spokesman Bill McCaffrey said a “variety of factors can influence” how long a ward of the state is left sitting in jail, including what type of placement has been required by the judge overseeing the youth’s case or the difficulty finding a foster home or residential facility “willing to accept the youth.”

To address the problem of kids stuck in jail, McCaffrey said “DCFS is adding beds, developing new programs for youth in care and providing funding to our private partners to both expand their facilities and increase their salaries to attract and retain workers.”

The problem of Illinois leaving wards of the state in the Cook County Juvenile Detention Center is not a new issue. But data show it is getting worse.

The state pledged to make changes after WBEZ first reported on the crisis in 2015. Following the WBEZ story, officials instituted a new program aimed at finding places for the teens behind bars, and the changes helped cut the average wait time for wards in half.

In the three years leading up to the original WBEZ story, nearly 350 DCFS wards spent a week or more in jail waiting on the state — an average of more than 100 kids per year. The average wait time was 70 days. By the end of 2015, that was down to 30 days.

Data from the Cook County Public Guardian’s office show those improvements held through 2018, when fewer than two dozen kids were left in the JTDC past their release date and their average length of stay was three weeks.

However, data show the numbers have been ticking up ever since. Last year, there were 71 kids in DCFS care who were left in the JTDC for a week or more after release. Their average length of stay was more than 53 days.

Golbert said the main culprit is the state’s decision starting in 2015 to cut almost 500 residential beds in group homes and institutions and replace them with therapeutic foster care homes, which were supposed to provide more community-based support. It was a decision pushed by advocates and experts, but DCFS’s own reporting shows most of the therapeutic beds never materialized.

“The idea is you take all the services kids get in a residential placement and you wrap it around the child in a foster home,” Golbert said. “The problem is that this theory is premised on the existence of robust community based services for these children. And we do not have community based services for these children. So DCFS abolished the 500 residential group home beds before they had created any of the therapeutic foster home beds.”

McCaffrey, the DCFS spokesman, said the agency has added more than 120 beds since 2019, and is in the process of adding another 70 more.

‘A sense of hopelessness takes over’

Assistant Public Guardian Nick Youngblood, who represents young people in the child welfare system, recalls one boy who spent five months locked up and deteriorating while waiting on DCFS.

“He told me that having limited access to family … had a really bad impact on him. He was depressed. He was anxious. He was in the past gang involved and was concerned about having contact with other gang members in the detention center,” Youngblood said. “And even though the detention center staff [does] a great job in my opinion, and are wonderful, the bottom line is detention is never a positive place for any young person to be. It was hard for him.”

The people like Youngblood’s client, who are suffering because of the state’s failures, are designated in county records as “R-U-R.” It stands for release upon request, as in, the kids are free to go, their guardian just has to come ask for them. In an effort to keep some pressure on the child welfare system, judges hold hearings with their “RUR” kids once a week. They ask the DCFS worker assigned to the case for progress reports on placing the teenager.

Younglood said the hearings can be painful for the young person stuck in jail, having to sit there as their caseworker explains why no one wants to take them in. Youngblood remembers watching his client become “more and more hopeless” as the time passed.

“When a month, two months, three months go by, and every single court date is, ‘we’re trying our best. We’re trying our best,’ but nothing ever happens, you know, a sense of hopelessness takes over for a lot of the kids,” Youngblood said. “They don’t see an end in sight.”

According to the National Institutes of Health, “any incarceration during adolescence or young adulthood” is associated with worse general health, stress-related illnesses, higher rates of depression and higher incidents of suicidal thoughts during adulthood.

“Children develop their self image based on how adults treat them. And these are developing brains, developing youth, that are hearing from the authority, guardians in their life saying, ‘we can’t place you, you’re unplaceable.’ ”

Those negative health impacts are tied to people who were ordered held. Experts have said leaving a kid behind bars who has been told directly by a judge there is no reason for them to be locked up could be even more harmful, “sending a horrible message” to a young person and increasing their frustration and feelings of hopelessness.

“Kids [are] hearing that ‘nobody wants me. I can’t get out. I’m in jail,’ ” Lubelfeld said. “Children develop their self image based on how adults treat them. And these are developing brains, developing youth, that are hearing from the authority, guardians in their life saying, ‘we can’t place you, you’re unplaceable.’ ”

Young people interviewed in the past by WBEZ described feeling “crushed” by being left behind bars. One said her worst days inside were holidays, not being able to spend time with family. Stuck in a jail cell she was not meant to be in.

In response to a question about the impact on young people left in jail while awaiting placement, McCaffrey wrote, “Youth receive educational, medical and therapeutic services while at the JTDC.”

‘It sends a really powerful message’

According to DCFS literature, the young people left in jail “often present complex mental health and behavioral challenges,” while also being “difficult to engage and typically resistant to services,” making it difficult to find a suitable place for them to live.

McCaffrey noted that for kids leaving the juvenile jail, some have been ordered placed in a “secure facility,” which means they have to be sent out of state because Illinois doesn’t have any such facilities. For others, they need to find homes with the “proper support” for the youth in care.