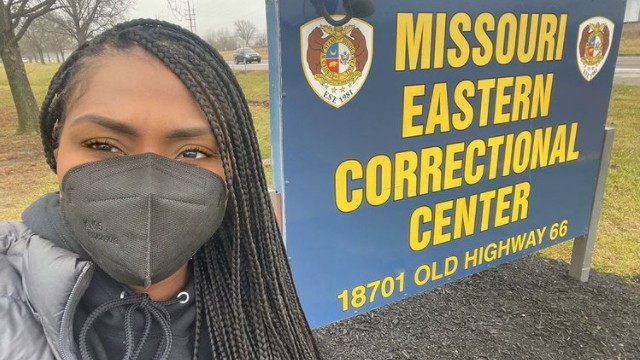 Over the past year, Representative Kimberly Ann Collins (D-St. Louis) has been showing up at prisons unannounced.

After finding out that state law allows legislators full access to state prisons at any time, she started doing “pop ups” at facilities last July. So far she has done more than 80.

“I want to see things as they are, raw and uncut,” she says.

Her most recent “pop up” was this past weekend, at the Bonne Terre prison, about an hour south of St. Louis. She says inmates there told her about two stabbings in the past week, continuing a disturbing trend at that facility.

“The [correctional officers] project a culture around Bonne Terre that makes it unsafe. The tension around Bonne Terre is so thick you can barely cut it with a knife,” she says. Collins has been denied access to Bonne Terre in the past; MODOC spokeswoman Karen Pojmann told the Missouri Independent this was because the facility was on lockdown at the time.

In addition to visiting Bonne Terre over the weekend, Collins also went to the prison in Licking, about two hours southwest of St. Louis.

Collins’ tour of Missouri prisons has convinced her that abuse of inmates is rampant in Missouri prisons, and that dramatic change is necessary. She has sponsored a bill that would create an oversight committee for the state’s Department of Corrections. The proposed committee is somewhat similar to the oversight board that has been established in St. Louis City to field complaints from people locked up in city jail. 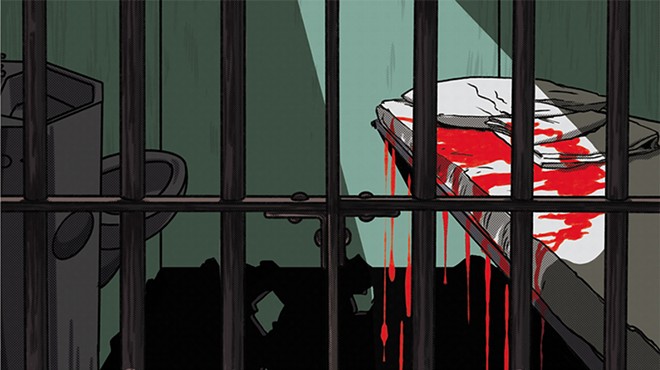 When Someone Is Stabbed in Missouri Prisons, Officials Don’t Even Tell the Family

Yesterday a public hearing for the bill was held in Jefferson City. One of 60 people giving comment in support was Keith Carnes, who was released from prison after 18 years on Monday, after his murder conviction was tossed out by the state Supreme Court.

“This oversight committee would really be beneficial,” he said. “I’ve been in the system to know this is a necessity.”

By visiting almost every state prison over the past year, Collins has come to understand the system.

Some of what she saw was encouraging; at Jefferson City Correctional Center, Collins says the warden Doris Falkenrath is passionate about reform and inmate rehabilitation. JCCC offers more than 60 programs to inmates, including access to higher education, programs on restorative justice, and “Puppies for Parole,” where inmates teach obedience to rescue dogs.

Collins nonetheless maintains that vast reform is needed. Her proposed bill would create a committee of eight members, including two state legislators, an individual appointed by MODOC, a former inmate, a member of the clergy, a criminal justice professor, a doctor and a lawyer.

Collins’ bill could be voted out of the Criminal Justice subcommittee next week. If it becomes law, the committee would have the power to “investigate complaints related to incarcerated persons’ health, safety, welfare, and rights.”

Right now, Collins says inmates like the one with the swollen face can fill out a grievance form, but it is up to the prison’s warden to decide if that grievance is addressed or not.

“I know for a fact 98% of those grievances, for all of the correctional facilities in the state of Missouri, go unvoiced, ” Collins says. “They don’t get addressed.”

Carnes, the exoneree, said in testimony that responses to inmate grievances takes “forever,” and that it takes a long time to even have a request granted to file one.

“The same people reading the [grievances] are the same people throwing them out,” Carnes says. “It’s their own little community. We need someone on the outside to govern.” 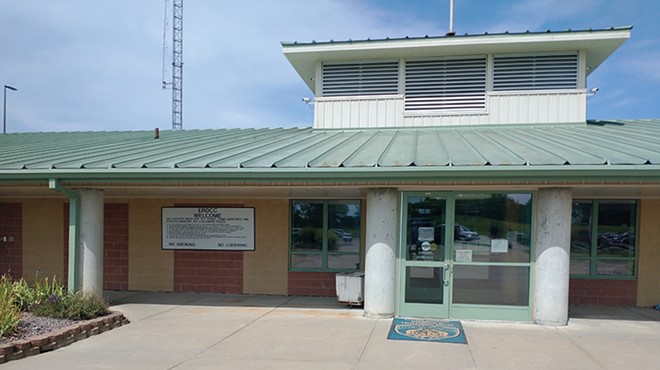 Yet Collins’ bill is facing pushback from corrections officers.

Tim Cutt, the executive director of Missouri Corrections Officers Association, the union of corrections officers, posted on Facebook yesterday that he would be attending the hearing and that he was willing to testify.

But this morning, he told the RFT he’s never before gotten such blowback among his union rank and file for a social media post. He ended up not attending the hearing.

Collins is disliked among many Missouri corrections officers who say she too-easily takes the inmates’ side in disputes with staff, Cutt says.”Corrections is in need of legislative oversight. But the reason my staff doesn’t back that bill is because of the bill’s sponsor,” Cutt says.As her legislation makes its way through Jefferson City, Collins says she has no plans to stop doing “pop ups” any time soon.”My father spent time at [JCCC], he actually died at Bonne Terre,” she says. “I think that’s for me the fuel to keep me going and keep walking into these prisons. Because my father used to walk those same grounds before he passed away.”We welcome tips and feedback. Email the author at ryan.krull@riverfronttimes.com. Follow him on Twitter @RyanWKrull.