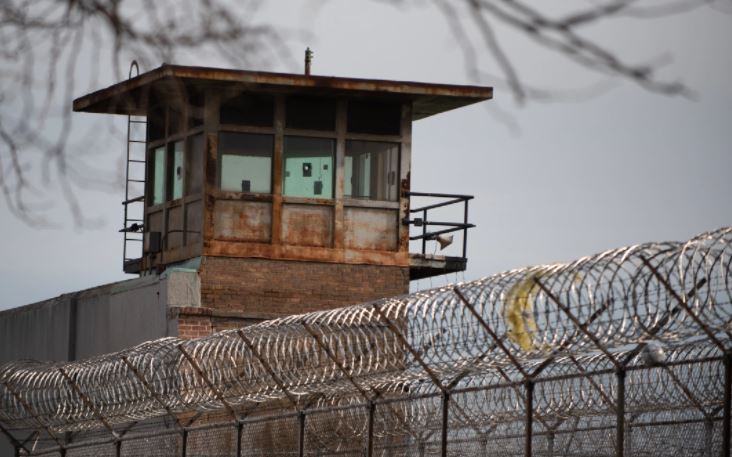 Over 850 detainees and jail staffers are currently infected with coronavirus after a sharp increase in cases driven by the Omicron variant.

LITTLE VILLAGE — COVID-19 cases at Cook County Jail have quadrupled in just over a month, with more positive cases among people detained at the jail than any previous surges since the start of the pandemic.

Cases at the jail have spread quickly despite testing, and the availability of vaccines and booster shots to detainees.

There were 107 positive cases as recently as Dec. 1, data shows. Since then, over 861 people in the custody of the Sheriff’s Office have tested positive, according to county records. Case numbers have fluctuated as detained people enter the jail and others leave.

No deaths have been reported, according to the data.

After the previous peak of 200 coronavirus cases in January 2021, confirmed cases fell and remained relatively low as vaccines became more available. At times over the summer, there were just one or two confirmed cases at the jail.

As cases citywide began to grow in November, driven by the Omicron variant, cases within the jail rose sharply. But due to the congregate living situations at the densely populated jail, the infection rate there is significantly higher than in the city at-large.

Citywide, the infection rate is about 1.9 per 1,000 people, according to the Chicago Department of Public Health. But at the Cook County Jail, the rate is over 64 infections per 1,000 detainees, according to the coronavirus tracker created by Injustice Watch using county data.

Most detainees who tested positive were not infected at the jail, spokesperson Matt Walberg said. Sixty-three percent of new cases were identified during intake procedures when each incoming detainee is tested upon arrival. Those who test positive are medically isolated to prevent the spread of coronavirus, Walberg said.

As cases began rising across the county, the Sheriff’s Office and jail hospital Cermak Health “prepared for this and anticipated the rise,” by ramping up testing, vaccinations and mitigation protocols, Walberg said. Educational videos explaining the benefits of the vaccines are aired daily in the jail, and information on the vaccines are posted on each tier of the facility, Walberg said.

About 77 percent of staff and 64 percent of people detained at the jail are vaccinated. Thirty-one percent of detainees have also received a booster shot.

Forty-three percent of detainees who were already incarcerated at the jail before testing positive were identified as breakthrough cases among fully vaccinated people, Walberg said.

Last year’s outbreaks intensified calls to shrink the jail population by releasing bond-eligible detainees that had been determined by a judge not to be a risk to the community.

Getting people out of the crowded jail is the only way to effectively stop the spread of coronavirus, said advocates for detainees, including the Loevy & Loevy civil rights group, the MacArthur Justice Center, Civil Rights Corps, Chicago Appleseed Fund for Justice and the Chicago Community Bond Fund.

Those efforts led prosecutors, the Sheriff’s Office and public defenders to collaborate with the courts to quickly identify detained people who could be released. Over a few weeks in April 2020, the jail population shrunk by about 25 percent down to 4,000 detainees.

Click here to support Block Club with a tax-deductible donation.